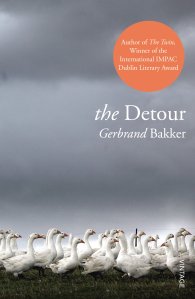 This is a book by a Dutch writer Gerbrand Bakker, whose previous book The Twin [2006] won the International Dublin Literary Award. The Detour (also known as Ten White Geese), translated from the Dutch by David Colmer, is about a Dutch woman who moves from her country and starts to live alone on a farm in rural Wales. Some of her nearby neighbours are badgers, cows and ten white geese whose number declines rapidly and mysteriously the longer she lives on her rented farm. Equipped with a poetry book by Emily Dickinson, the woman seems to be on the run from her past, trying to either delay or solve her immediate problems by seeking refuge in an unknown and isolated location. Her peace is soon disturbed by those with curiosity and inquisitiveness. With elegance and delicacy, Bakker draws on the nature in his book to shed light on the mystery that is this woman and her past, with his book becoming a quiet and poignant exploration of loneliness, pain and human connection. END_OF_DOCUMENT_TOKEN_TO_BE_REPLACED 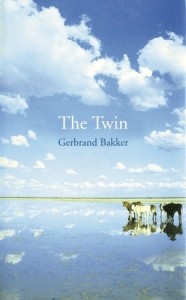 The Twin, translated from the Dutch by David Colmer, is that type of a book which should not work, but somehow it does. It should not work because it is too introspective and has the drama and suspense which are way too subtle. In this book, Helmer van Wonderen is a fifty-seven year old man who is living on an isolated farm in the Netherlands, carrying for his aging father. His identical twin brother Henk, a farmer, died many years before, forcing Helmer to return home to work as a farm hand, helping his father. When his brother’s ex fiancée Riet arrives to the area, bringing her unruly son with her (who is also named Henk), Helmer is forced to confront his painful past, as well as his choices in life. The Twin may be a very “slow” novel, but where it lacks in pace, it makes up for in atmosphere and landscape descriptions. It also has barely perceivable emotional resonance that can be felt in the main character’s words and actions.