This is a short story by “the father of the Japanese short story” who is probably best known for such short stories as Rashomon [1915] and In a Grove [1922]. Said to be the reworking of the Uji Shūi Monogatari, Japanese tales written in the thirteenth century, Hell Screen tells the story of Yoshihide, an eccentric painter and allegedly a despicable human being, who resides at the court of one powerful Lord Horikawa. When the Lord requests Yoshihide to paint the picture of Hell, the artist takes this request too close to heart. Moreover, slowly, Yoshihide’s beautiful daughter becomes the centre of the newest rumour and intrigue. Akutagawa’s story may be short, but it also evokes the most powerful imagery. The author was a master of story-telling, and in this story we are presented with vivid descriptions that he also coupled with the peculiarly Japanese literary minimalism. The outcome is one disturbing, unforgettable story of obsession and damnation. I read Hell Screen thanks to the amazing post by Juan Gómez-Pintado titled “10 Extraordinary Tales of Terror“.

END_OF_DOCUMENT_TOKEN_TO_BE_REPLACED 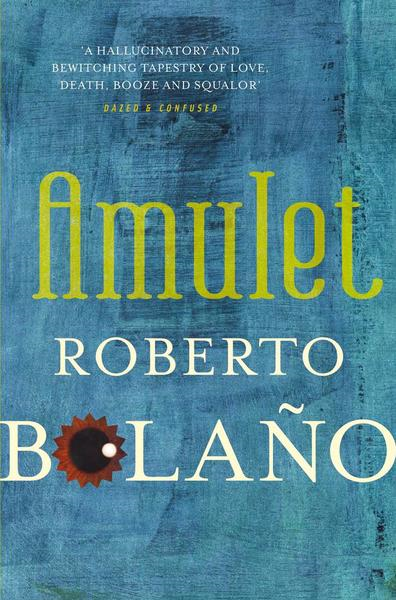 Last year I had a goal to read a certain number of books by Asian authors (see my YARC), and so, this year, I set myself a similar goal, but, this time, I will travel to another part of the world and try to read as many books as possible by Latin American authors. I will begin my Latin America Reading Challenge with a short book by Chilean author Roberto Bolaño (1952 – 2003) titled Amulet. In this vivid “stream of consciousness” account, our narrator is Auxilio Lacouture, a woman from Uruguay and the “mother of Mexican poetry”. She works part-time at one university in Mexico City and at one point realises that her university (National Autonomous University of Mexico) is being surrounded by an army (event that happened two months before the infamous Tlatelolco massacre of 1968). Auxilio finds herself alone and hiding in the lavatory of the university as the army rounds up the staff and students. At that point she starts to recall her own past, talking to us about her dedication to nurturing the artistic talent of others. As time passes and her hunger and exhaustion increase, her account becomes increasingly hectic and imaginative. Amulet is an unusual novella with one unusual narrator at its heart, which is also strangely compelling as it tries to tell us the truth of the situation in the country and the state of Latin America’s literary talent and tradition through an unconventional and slightly dreamlike voice. END_OF_DOCUMENT_TOKEN_TO_BE_REPLACED

I spotted this meme at Kath Reads (it was created by The Broke and the Bookish), and decided to also post my answers to it. We may be avoiding reading certain books on our TBR lists for a variety of (rational and not-so-rational) reasons. We may feel that we simply must be in the right mood for certain books or have enough time in our planners to finish really heavy tomes. Below are ten books from my TBR list which I have been avoiding reading because (i) they are too big and/or complex; or (ii) I receive conflicting messages whether I would love them; or (iii) I want to love them, but I am afraid I will not (for example, because I loved an author’s previous work), etc.

The sheer size and complexity of 2666 mean that I keep avoiding reading it. Bolaño’s last book is 1126 pages’ long, and its themes are manifold. It talks about ongoing murders of women in one violent city, but also touches upon the World War II, mental illness, journalism and the breakdown of relationships and careers, among other themes – a monumental work, in many respects.