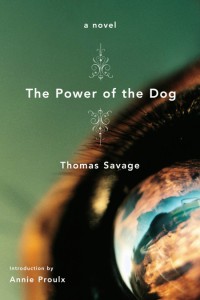 “…there was no doubt in Phil’s mind of the end of [the] pursuit. The dog would have its prey. Phil had only to raise his eyes to the hill to smell the dog’s breath [Thomas Savage, 1967: 76].

This book is by an underappreciated American author Thomas Savage, and Jane Campion (The Piano (1993)), one of my favourite film directors, is currently shooting an adaptation of it. The story takes place in a small town in Montana in the 1920s where two brothers’ interests clash when one of them unexpectedly decides to marry a widow with a son. Raw, uncanny and psychological, The Power of the Dog is probably known for its intense character study of Phil Burbank, whose brooding and quietly menacing presence haunts the pages of this book, making it virtually unforgettable. Thomas Savage undoubtedly drew from his own previous experience of working as a ranch hand to produce a different kind of a western, whose deep sensitivity to the characters and their dynamics is nicely offset by the “harsh” authenticity of the language.  END_OF_DOCUMENT_TOKEN_TO_BE_REPLACED 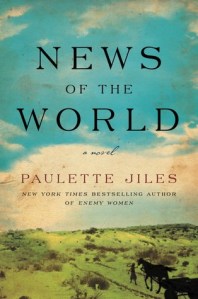 The story begins at Wichita Falls, Texas during the winter of 1870 and centres on Captain Kidd, aged seventy-one, who “travel[s] from town to town in North Texas with his newspapers and read[s] aloud the news of the day to assemblies” [Jiles, 2016: 3]. When Captain Kidd comes across a little girl who has recently been an Indian native and is now abandoned to the newness and vulgarities of the civilised world, Captain promises to deliver the girl back to her German-American family in South Texas. The issue for Captain Kidd is that Johanna was taken captive at the age of six and now, at the age of ten, considers herself a Kiowa. What follows is the journey of two vulnerable people on the treacherous road to the area of San Antonio, where Johanna’s aunt and uncle allegedly await her return. This is not only a tale of an exciting journey through the American South, which delves into the culture of native tribes, but also an emotional journey of two people whose resilience to hardship and kindness to strangers are the only guarantors of their survival.  END_OF_DOCUMENT_TOKEN_TO_BE_REPLACED