This book about ancient Rome is written in a conversational style, and we walk through the ancient city with the author who acts as our guide, pointing to us various curiosities we encounter in our journey through the day. From 6:00 a.m., the time to explore one as yet silent domus of a wealthy Roman citizen, to 9:00 p.m., the time when, ordinarily, a Roman banquet nears its end, we spend the day exploring the lives of the wealthy, the poor and the slaves in the world’s most populous city in the year 115 CE, while the author also comments on such topics as Roman religion, professions, education, money, games and food. The book, translated from the Italian by Gregory Conti, is quite introductory, but still wondrous, and even those who are familiar with the lives of Romans are bound to pick up some interesting facts to explore further.

END_OF_DOCUMENT_TOKEN_TO_BE_REPLACED 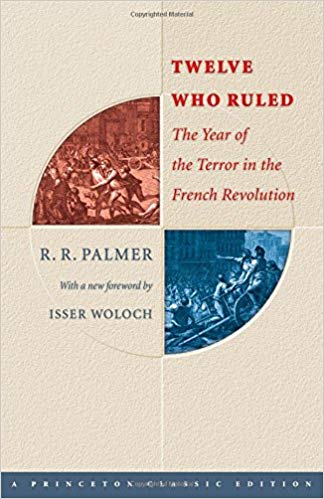 This book may be dated, but it did not lose any of its power from the time it was first published in 1941, and was re-issued many times (the last edition dates to 2013). In this book, R. R. Palmer looks at one particular time period in the history of France, and its Revolution – the year 1793-1974. But, what a year that was! Chaotic, unbelievable, bordering fantastical. After the death of Louis XVI, twelve people (virtually strangers to each other) started to govern the country and their slide into dictatorship gave the name to the year of their rule – The Year of the Terror. The year’s main symbol – the guillotine, operated alongside democratic ideas put in speeches and on paper. France has not seen anything like that before or since. Palmer’s engaging, illuminating account traces the months leading to the Year of the Terror, then focuses on the twelve men in charge of the country. The narrative further details the twelve men’s town and country policies, laws and actions, as they purported to stand for liberty, democracy, unity, justice and peace, but, actually, became the embodiment of the opposite. Foreign and civil wars, rebellions within and outside the country, as well as economic disasters, growing paranoia and the inability to maintain the central rule, are just some of the challenges that faced the twelve men after they were left in change of the country under the innocuous name “The Committee of Public Safety”.   END_OF_DOCUMENT_TOKEN_TO_BE_REPLACED