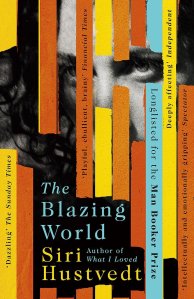 This longlisted for a Man Booker Prize book traces the story of Harriet Burden, a small artist and once the wife of an eminent art dealer Felix Lord. Through the statements from Burden’s family, close friends and acquaintances, we get to know the story behind Burden’s decades-long experiment to hide behind three male identities in the production of her art. Burden chose to create art and pass it as works by someone else, thereby, exposing the anti-female bias in the art world, but also the subconscious perception that male artists are much more brilliant than their female counterparts. The Blazing World is bursting with creativity, intelligence and originality. It touches on many philosophical and psychological issues, while also debating the nature of art, the process of its creation and human perception. At the heart of the story is one misunderstood individual whose depth and intellectuality may just signal her doom. This unusual book invites us, readers, to be archivists, observers, art critics, judges and psychologists, but above all, it invites us to look at the situation as human beings, trying to understand the feelings and thoughts of another.  END_OF_DOCUMENT_TOKEN_TO_BE_REPLACED