I watched this 2013 Bolshoi Theatre-Teatro alla Scala production of Roland Petit’s 1967 ballet Notre Dame de Paris, based on the novel of the same name by Victor Hugo. This is a magnificent ballet based on my all-time favourite classic book. Esmeralda is played by Russian ballerina Natalia Osipova, who is currently a principal ballerina at the Royal Ballet in London, and Roberto Bolle, a well-known Italian danseur, is Quasimodo. This avant-garde ballet fuses traditional ballet elements with modern dance techniques, and tells the story of a poor gypsy girl Esmeralda who becomes the object of ardent desire on part of three distinct men: strict priest Claude Frollo, hideous, but kind-hearted bell-ringer Quasimodo and handsome Captain Phoebus. Flamboyant, colourful costumes, designed by no other than Yves Saint Laurent, as well as music by film composer Maurice Jarre (Lawrence of Arabia [1962]) help turn this production into a real feast for the eyes (and ears!), as the ballet also deals in such themes as religious devotion, duty, romantic love and erotic longing.

END_OF_DOCUMENT_TOKEN_TO_BE_REPLACED

This book is about once purely aristocratic and social dance that was elevated to an art of purest form and principles, which then required almost inhuman perseverance and training, and whose spectacle simply takes one’s breath away – classical ballet. From France and Russia, to Denmark and the US, and from Giselle [1841] and Swan Lake [1877], to Cinderella [1945] and Spartacus [1956], Jennifer Homans traces the history and tradition associated with classical ballet in this book, from its origins in the royal courts of France and Italy to its modern variations of the twenty-first century. The result is a well-researched book that pays as much attention to the dates and principles as it does to the aesthetics and social context.

END_OF_DOCUMENT_TOKEN_TO_BE_REPLACED 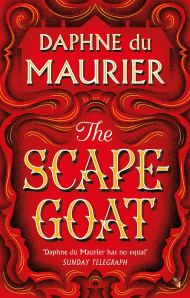 Throwback Book Review: Drive Your Plow over the Bones of the Dead by Olga Tokarczuk 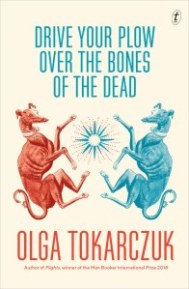