“A. J. Finn’s voice and story were like nothing I’d ever heard before,” Editor, William Morrow Publishing; “Even in fiction, there are precedents in copyright law where the borrowing of plot elements is so extensive and blatant that plagiarism crosses into copyright infringement”, Rebecca Tushnet, Intellectual Property Expert, Harvard Law School 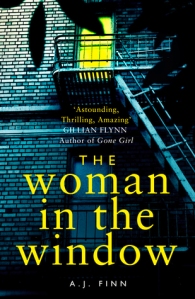 The Woman in the Window is a 2018 debut thriller and international bestseller by A. J. Finn (Dan Mallory), which sold millions of copies, with the film based on the book to be released in 2020 starring Julianne Moore. Daily Express called the book “masterpiece of storytelling” and Stephen King said that it was “unputdownable”. Saving April is a 2016 lesser-known book by Sarah A. Denzil, released two years before The Woman in the Window and first being available in an e-book format. As I will show below, the similarities between the two books are overwhelming, both in their scope and in their nature, and, clearly, Finn took everything that he possibly could from Denzil’s thriller to write his bestseller. Jane Harper noted that Finn is “a tremendous new talent”. By the end of my comparison, it may become clear that the only talent Finn possibly has (apart from insolence) is taking nearly all of other writers’ ideas, elaborating on them slightly and then passing others’ stories as his own. 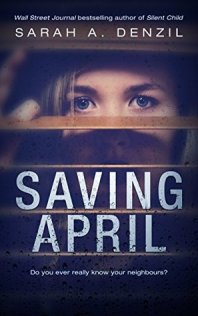 Both books undoubtedly drew inspiration from classic film noir, especially from Hitchcock’s Rear Window [1954] and Amiel’s Copycat [1995] as well as from such books as Gone Girl [2012] and The Girl on the Train [2015]. However, even though The Woman in the Window feels like a more accomplished and elaborate book that Saving April, it is still the same exact story as Saving April and the similarities between the two are too numerous in their number and too close in their nature for there to be any talk of “inspiration” or “simple source”. In fact, the two stories are so similar that Saving April can be the first/second/third draft of The Woman in the Window. Reading the two thrillers side-by-side, one may become immediately confused which part they read in which book – so similar they are in virtually every way.

The similarities between the two books are as follows (this is far from being an exhaustive list):  END_OF_DOCUMENT_TOKEN_TO_BE_REPLACED