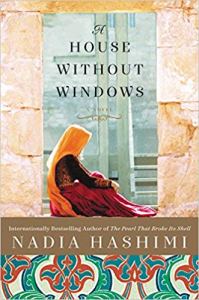 I am progressing with my YARC 2019 with this novel by an American author whose Afghan parents immigrated to the US from Afghanistan in the 1970s. In this tale, a terrible crime shook a small community in Afghanistan – Kamal, a husband and a father of four, has been found murdered with a hatchet plunged into his skull. At the scene of the crime is his wife Zeba who is covered in blood and numb with shock. But, was she really the one who committed the crime? Yusuf, a lawyer from the US, arrives to his native land Afghanistan and is immediately tasked with defending his reticent client Zeba, trying to seek justice in this seemingly open-and-shut case. This is a tale of two families – one traditional Afghan, rooted in its community, and another immigrant, with Nadia Hashimi making observations on the Afghan culture, Afghanistan’s criminal justice system and on the plight of women living in that country, paying a special tribute to their strength and resilience. END_OF_DOCUMENT_TOKEN_TO_BE_REPLACED