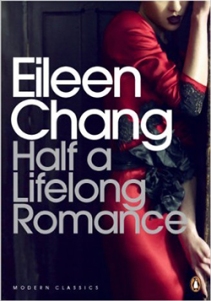 “Of all forms of caution, caution in love is perhaps the most fatal to true happiness” (Bertrand Russell).

Half a Lifelong Romance, translated from the Chinese by Karen S. Kingsbury, is a modern classic where a timeless story, filled with passion, longing and sorrow, meets fluid and engaging writing. In this story, set in the 1930s, Manzhen, a young girl, forms friendship with her co-worker Shuhui and his friend Shijun; soon after, between Manzhen and Shijun sparks a feeling so innocent and tender that both are left speechless, floating near the island of complete happiness. However, Manzhen’s disastrous family circumstances and Shijun’s own familial duties do not let the lovers get any closer to each other, and, in time, their circumstances only worsen as they try to fight their inner sense of duty, responsibility, family tradition and lack of money to get nearer to each other. Simple misunderstandings, false pride, as well as unexpected betrayals also keep these people’s true happiness at bay. Half a Lifelong Romance is a moving, quietly devastating and exquisite novel that may surprise you with its power (including its dark twist) in the second half. Chang wrote compellingly, engagingly and beautifully, and her story of Chinese family traditions and one love torn apart by circumstances is one unputdownable read.

“Time does fly for the middle-aged: a decade whips by in the blink of an eye, a flick of the fingertips. When you’re still young, even three or four years, maybe five, can seem an entire lifetime. That’s all they’d had, from meeting to parting – just a few years together. But in that brief span, they’d had a full measure: all the joy and the sorrow that comes with (as the old saying has it) ‘birth, old age, illness, death’” [Chang/Kingsbury, 1950/2014:1]. The novel starts with Shijun reflecting on his past and, in particular, on his relatively brief platonic love relationship with Manzhen, then an innocent office girl, fourteen years ago. We are taken back and are presented with three friends – Shijun, Shuhui and Manzhen, who all work in busy Shanghai, but like to spend their lunch time together at a local cafe. Only recently Shuhui has presented to Shijun his female co-worker Manzhen, a beautiful girl, who made an impression on Shijun with her contradictory nature – sweetness, but also self-confidence. Young and full of hope, but with families to support, the three friends dream of a brighter future for themselves. A love triangle may be forming (recalling now Murakami’s Norwegian Wood [1987]), but we also witness Manzhen and Shijun’s friendship transforming into deeper feelings of love, and Chang captures sweetly that transition of falling in love, with the pair experiencing tender care and devotion for each other: “all this talk was just a smoke screen. Behind that screen, he was holding her hand. That feeling could not be put into words” [Chang/Kingsbury, 1950/2014: 89].

After that promising start, life happens – complex situations arise for Shijun and Manzhen, and they come face-to-face with human conceit, jealousy and selfishness. More importantly, they realise that their romantic love has to accord with tradition and familial duties if it is to have any future at all. The beginning is rather slow-moving, but the vivid characters and unexpected events keep us turning the pages. We learn that Manzhen’s older sister, Manlu, did not have an easy life, forcing to support the family by being a taxi-dancer, and that lifestyle, as well as Manlu’s corrupted relations, cast a shadow on the family’s reputation. Shijun’s own lack of confidence and his own pitiful financial situation also complicate matters, and his duty to his family starts to frustrate the touching romance between him and Manzhen. In that respect, Chang’s drama now reminds only slightly of other major romantic classic works, such as Doctor Zhivago [1965], The Age of Innocence [1920] and The Portrait of a Lady [1881]. However, Chang still makes the story all her own – and there is a distinctive touch of sadness to her novel, a touch of reflection and a feeling of hopelessness over unrecoverable moments. 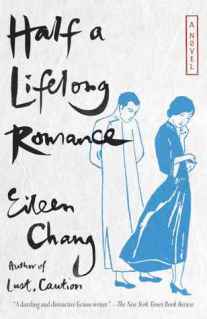 The plot unravels in the background of two contrasting cities – Shanghai and Nanking (with the former being a buzzing city of opportunities and “freedom” and the latter presented as one rooted in tradition, where everyone is assigned their roles from birth and should respect strict rules of behaviour). Nanking is where Shijun’s family resides, and, there, his friend is thinking of one young girl who lives there – Tsuizhi, pitying her condition: “They lived in a tiny social circle [there], with only option in life – find a suitable match, get married and become a daughter-in-law” [131]. This is also a tale of two families (Manzhen’s family and Shijun’s family) and uneasy arrangements in both, as the love between Manzhen and Shijun gets tossed around by some complicating, sometimes contradictory, familial elements and their responsibilities. We get to know well the traditions of a typical Chinese family and a hint on other love triangles also emerges, for example, to the scene comes Yujin, the once promising fiancé to Manzhen’s older sister. What is “proper” and what is “right” start to conflict with what one’s heart yearns for so desperately.

The novel may seem like a “slow-burn” romance, where various circumstances keep the lovers apart, but then something really dark happens in the novel’s second half and we dive straight into the narrative which is now fast-paced and disturbing in what it suggests. Whatever conceptions one may have about the novel while reading the first half must be then thrown away, and the novel then concludes on some “romantic” suspense. Somehow, the sheer “quietness” of the book’s first half only makes the second half of the story even more pulsating and disquieting.

Half a Lifelong Romance is a modern classic that has its own special aura, being both insightful and touching, observant and heart-breaking. It may need a little patience at the start, but it soon morphs into something poignantly unexpected, having vivid characters that fight societal, familial and money pressures to keep their love alive.

15 thoughts on “Review: Half a Lifelong Romance by Eileen Chang”