Waterstones (Piccadilly) and Foyles (Charing Cross Road) may be the largest bookshops in London, but, when it comes to bookstores, I prefer smaller, cosier places, where the customer approach is more personable and one feels almost at home. Here is the list of my 3 favourite bookshops in London, UK: 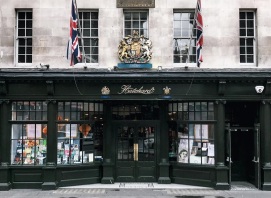 Hatchards is supposed to be the oldest bookshop in London, established in 1797. It has a rich history and royalty connections (it currently has “three royal warrants”). It may appear relatively small on the outside, but inside it has five floors full of books, with special sections and bookcases dedicated to classics, history, science fiction, rare editions and foreign literature. Despite its grand reputation, it is very cosy and welcoming inside, and feels almost like one’s friendly shop-around-the-corner with armchairs for reading on some floors and readers’ privacy guaranteed for simple browsing at one’s leisure. The staff is always very knowledgeable, friendly and helpful, and those Hatchards shopping bags look absolutely amazing.

This independent book-seller is probably the most beautiful bookshop in London. It is famous for its range of travel-related books and is described as “an original Edwardian bookshop with long oak galleries and graceful skylights”. Its range of books on travel is really enormous: on the ground floor there are many books on and set in Europe, for example, with individual bookcases designated for Italy, Spain and Eastern European countries. On the underground level, you also have bookcases and bookcases of fiction and non-fiction literature on and set in Asian countries, Northern America, Latin America and the Middle East (there is a whole bookcase on the literature from and on Pakistan, for example). The store also has a nice selection of new releases, classics, other non-fiction and even DVDs. 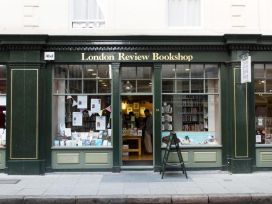 London Review Bookshop (LRB) is a cosy store a stone’s throw away from the British Museum. It has a wide range of literature on offer on its two stores (ground floor and underground), including recent releases, classics, essays and philosophy. It runs the leading London Review of Books magazine. The shop also has a nice café and hosts many literary events throughout the year. The area around Bloomsbury in London, where the LRB is located, has a great literary tradition and is known for the so-called Bloomsbury set, a group of famous authors who lived here in the 20th century. These authors include Virginia Woolf and E.M. Forster.

Honourable mentions: Stanfords, Covent Garden, London, is also a great bookshop for travel-related books and maps (in operation since 1853, with past customers being Ernest Shackleton, David Livingstone and Sherlock Holmes!). The shop moved at the end of 2018 from its usual location only a few blocks down the street, and, because I have not been there since its move and cannot say how much of its physical stock has been reduced, I decided to mention it only in passing.

If you are looking for a book on Tibetan meditation or need to buy a pack of Tarot cards as a present, then Watkins Books (located at Cecil Court, London and “established over 100 years ago”) is a bookstore to visit. They have an amazing range of books connected with esoterica, spirituality and mysticism, and sell books on horoscopes, psychology, meditation and the supernatural. They also sell stone jewellery, amulets and various incenses, as well as host Tarot cards reading seances.

See also the previous list of My 3 Favourite Bookshops in Brussels.

Have you been to London, UK? What are your favourite places to shop for books in the city?

13 thoughts on “My 3 Favourite Bookshops in London”